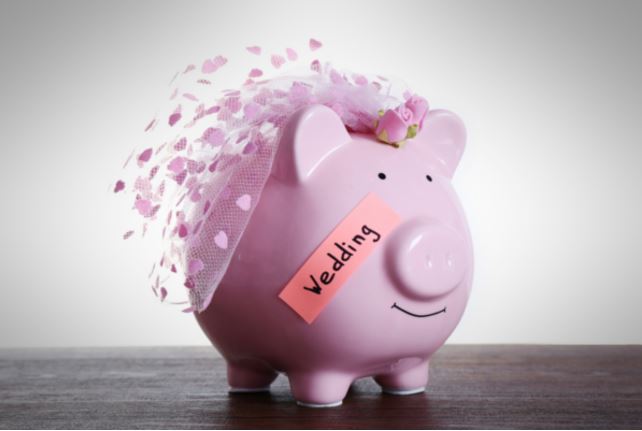 Stats SA data shows that there were close to 151,000 marriages in 2014 – serving a multi-billion rand industry in South Africa.

And while the global wedding industry is estimated to be worth around $300 billion annually, in SA, recent figures point to a custom in decline.

According to Stats SA, the number of weddings taking place each year has been in steady decline, with the number of marriages between 2013 and 2014 down by 5%.

According to attorney Hugh Raichlin, one of the biggest factors for higher divorce rates is financial woes.

And given the financial costs associated with getting married – where some couples take out loans to cover the costs – it can put a couple behind the eight ball from the outset.

The cost of a wedding

Costs vary greatly depending on the size and location of the wedding.

According to professional wedding planners, Great Occasions, the average cost of a wedding in South Africa is between R70,000 – R80,000 for 80 to 100 people.

According to Great Occasions, a wedding budget is typically broken down into the following:

However, there are other factors to consider.

Financial journalist, Maya Fisher-French broke down wedding costs further, including items such as the wedding rings, honeymoon and even lobola.

According to Fisher-French, citing survey data from Visa in 2012, on average, couples plan to spend R27,000 on a honeymoon, and R20,000 on an engagement ring. For traditional weddings, lobola comes to about R40,000.

Even these costs can escalate, though, with some respondents saying they would pay as much as R100,000 for the ring, and R250,000 for lobola.

With these extra costs taken into account, the price can escalate significantly to between R120,000 (excluding lobola) and R290,000 (all included).

Fisher-French said that while these prices are an average, they can easily double.

Wedding and lifestyle group, Yes Baby Daily also broke down the “realistic” costs of a wedding, finding a low-end average at R55,000 and a high-end average at R270,000+ – all inclusive.

According to Fisher-French, if couples take out a loan to fund an “average” R150,000 wedding, they would need R5,500 a month (if not more) over the next three years to repay the debt.

With thanks to Business Tech

CJ will go out of his way to make your day special. He is hands on and 100% involved, all under his personal supervision. Very professional.

Should you ever want to get married, you need to try Bushveld Pond. From the first appointment with CJ or John, you will be guided through the experience with fantastic foresight and compassion. The venue, the food, the recommended photographers, CJ, and other service providers will make your wedding an unforgettably wonderful experience that will not cost an arm and both legs. Fantastic!!

5 Stars. Beautiful venue with the most awesome service. Love it. Thank you CJ and John for the love

Excellent service and support. Nothing to big for them to helped with. Will recommend Bushveld Pond to anyone without a doubt!

What an exceptional day! We were truly blessed by your hospitality and the way you listened to everything we wanted and made it happen. Thank you so much! I would highly recommend this venue!

We had the best day imaginable. Staff was extremely kind and helpfull!! Thank you CJ and John!!

CJ & John... Thank you so much for making our dream wedding a reality. The venue, decor, food and staff were amazing. We are recommending you to everyone. Stay the awesome people that you are and keep up the good work. You guys are simply the best!!! ���

CJ and John. What can be said about these remarkable people. They are so hospitable, they go the extra mile, their attending to detail is perfect, you both saved my daughter's wedding from a sure disaster and only hours before the wedding when their excuse of a DJ let them down. You calmly and expertly handled the whole thing. These guys are honestly the most professional and courteous hosts and I would recommend this venue with absolute certainty without a doubt. Thank you both from the bottom of our hearts for everything you did. You and your staff are absolutely amazing ❤

What a lovely venue for a wedding. The venue is not too far out of Pretoria, but one still gets the feel of the country peacefulness. I attended the wedding of Johann and Saretha on 31 March 2018. The facilities are neat and clean. The food was delicious. The owner was very friendly and helpful. This venue is ideal for an intimate occasion!

John, CJ and staff made our special day one to remember! Exceptional client service from everybody at Bushveld Pond.